Over 60 years of combined experience in orthodontic care 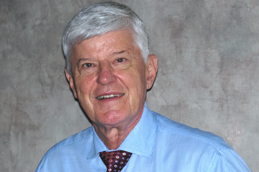 Dr. Lee. R. Boese, Sr. has provided the highest quality orthodontic care since 1970. After obtaining a Doctor of Dental Surgery degree from Marquette University, he completed an internship in periodontics with the U.S. Air Force in Washington D.C. He then received a Master of Science Degree in Orthodontics from the University of Washington in Seattle, Washington. While at Marquette University, Dr. Boese received the Alpha Omega Scholarship Award for having the highest grade point average in his dental class. In addition, he was inducted into the Omicron Kappa Upsilon National Dental Honor Society and Alpha Sigma Nu, a national academic honor society for men. Prior to establishing his orthodontic practice, Dr. Boese served as an Air Force Captain and as the periodontist at Castle Air Force Base in Merced, California.

In addition, Dr. Boese is an internationally recognized orthodontic LECTURER and AUTHOR. He has lectured throughout the United States, Canada, Latin America and Europe and has published numerous articles dealing with post-treatment stability. His clinical research in the area of long-term post-treatment stability spans a period of over 40 years. He has served as both a consultant and reviewer for the American Journal of Orthodontics and Dentofacial Orthopedics.

Dr. Boese, Sr. is a member of the following professional organizations:

Within the professional organizations, Dr. Boese has held numerous elected offices and committee assignments. He was the General Chairman for the American Association of Orthodontists Annual Meeting in San Diego. In the Pacific Coast Society of Orthodontists, he served as a Director, Secretary, Vice-President, President, Past President, General Chairman of the Annual Conference in San Francisco and Chairman of the Continuing Education Committee. In the Edward H. Angle Society, Dr. Boese was the President of the National Angle Society, Program Chairman for the National Angle Meeting in Sun Valley and Director to the Central Body. In the Northern California Component of the Angle Society, Dr. Boese served on the Clinical Evaluation Committee and the Board of Directors and was elected Secretary, President-Elect and President. He was a consultant and reviewer for the American Journal of Orthodontics and Dentofacial Orthopedics. Dr. Boese was the consultant, specialty and chief examiner for the certification of orthodontic specialists in British Columbia. He also served as the President of the Yosemite Dental Society in Merced and the President of the North Merced Rotary Club where he remains a Paul Harris Fellow.

Dr. Boese and his wife, Sandee, have two children, a daughter, Joy, and a son, Lee, Jr. Their son, Dr. Boese, Jr. is married to Suzanne and they have a daughter, Alexis. Dr. Boese, Jr. is a partner in the orthodontic practice. Their daughter owns and operates E3 Consulting Company, an ergonomic business in Los Angeles. Joy and her husband, Kevin, have two sons, Kevin, Jr. and Brennen and a daughter Breana. They currently reside in Palos Verdes, California. 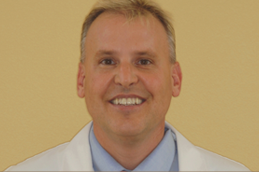 Dr. Lee R. Boese, Jr. has been a partner in his father’s orthodontic practice for over 25 years. Dr. Boese, Jr. is a graduate of the Merced High School Class of 1983. He attended Saint Mary’s College of California where he received his Bachelor of Arts Degree in 1987. Dr. Boese, Jr. majored in philosophy and minored in mathematics. He received his Doctorate of Dental Surgery from University of The Pacific School of Dentistry.

Dr. Boese, Jr. also does children’s hospital Orthodontic therapy with surgical privileges at the University Surgical Center in Merced. Dr. Boese also has been chosen as a Premier provider of Clear Correct aligner technology and is one of the company’s Orthodontic consultants who shows and instructs Clear Correct orthodontists and other restorative dentists how this appliance can be used to treat and alleviate TMJ disorders.

Dr. Boese, Jr. is Past President of the Yosemite Dental Society and has been the regional California Dental Association P.A.C. Delegate for the last 10 years. Dr. Boese, Jr. has lectured on the pharmacological support and treatment of TMJ patients. He was trained by Dr. Mark Piper as a Level Two Practitioner whose emphasis was in advanced TMJ diagnosis and treatment planning with pharmacological support and splint therapy. Dr. Boese, Jr. has also been trained by Dr. William Arnett, the respected oral maxillofacial surgeon, using his computerized soft tissue and cephalometric treatment planning protocol for orthodontic and oral maxillofacial surgery patients.

Dr. Boese, Jr. is also a graduate of Roth/Williams international Orthodontic educational program and a discipline of the Roth Appliance system.

Dr. Boese, Jr. is extremely active in the community as a lifelong resident. He has been a Trustee for the University of California, Merced since its opening. He currently serves as the Co-Chairman for the City of Merced and County of Merced Greater High Speed Rail Committee. He is on the Board of Directors for Merced College President’s Circle. He is also the current President of Citizens for the Betterment of Merced County which is a highly selected group of influential business leaders in Merced County. He was Vice President and Recreational and Competitive Soccer Commissioner for the Merced Youth Soccer Organization for over 12 years. During this time, he coached Women’s Competitive Soccer as well as Women’s Varsity High School Soccer.

Dr. Boese, Jr. is also a member of the following community organizations:

Dr. Boese, Jr. has received the following awards recognizing his service and accomplishments in the City and County of Merced. He was the recipient of the Greenlining Institute’s 2003 Big Foot Award for his unique vision, ferocious tenacity and unselfish courage which produced a 10th University of California campus for California youth and their future. He was also the recipient of the Merced County Chamber of Commerce 2009 Citizen of the Year Award for his vision in advocating the development of a high speed rail system in California, a Merced high speed rail station stop and the construction of the high speed rail heavy maintenance facility at Castle Air Force Base in Merced.

Dr. Lee Boese, Jr. was born at Castle Air Force Base, and raised in Merced, California. Dr. Boese, Jr. and his wife Suzanne have a daughter Alexis who is a former graduate of Saint Mary’s College, and she currently is employed by E3 consulting as an ergonomic specialist currently advising Sony and Toyota. Dr. Boese, Jr. and his family have had a cabin at Shaver Lake for many years where they enjoy hiking, boating, snow skiing, water skiing, and snowmobiling. Our family has a great passion for the outdoors and during the summer months they are constantly exploring the Southern Sierra’s.

Come experience Orthodontics Exclusively and you will see we offer our patients the ultimate in orthodontic care in Merced and Fresno California.